The Berlin history dates back to the 13th century. The holocaust memorial and sprayed graffiti on the remains of the Berlin Wall are reminder of the eventful 20th century. After the overcome division of the city, the Brandenburg Gate from the 18th century has become a symbol of reunification. Berlin is also known for its art scene and the modern attractions such as the Berlin Philharmonic with its golden façade and the tent-like roof of the 1960s 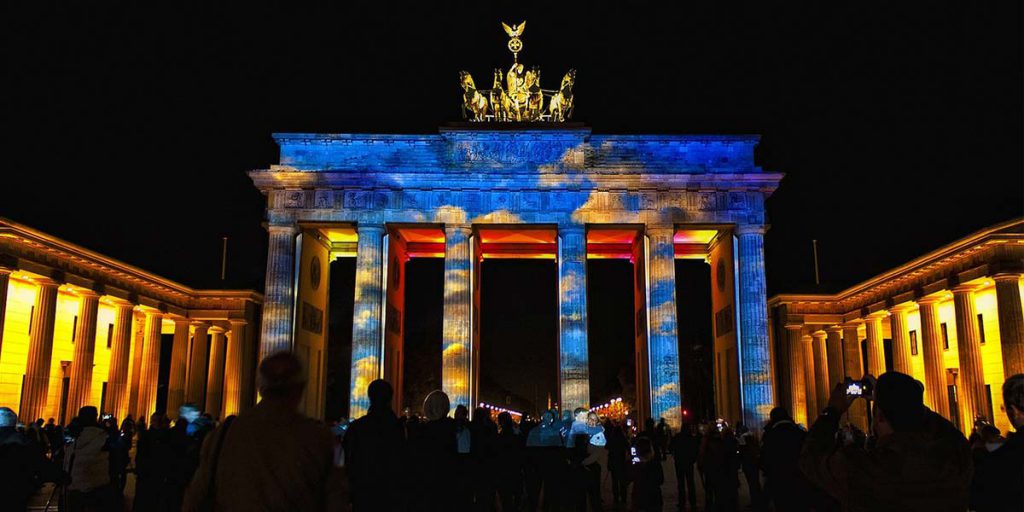 Classicist gate at the former borderline.
Restored gate and landmark from the 18th century, with
12 doric columns and the statue of the goddess of victory.

Historic Parliament with glass dome.
Parliament building in neo-renaissance
style with a glass dome by Norman Foster
and a panoramic city view. 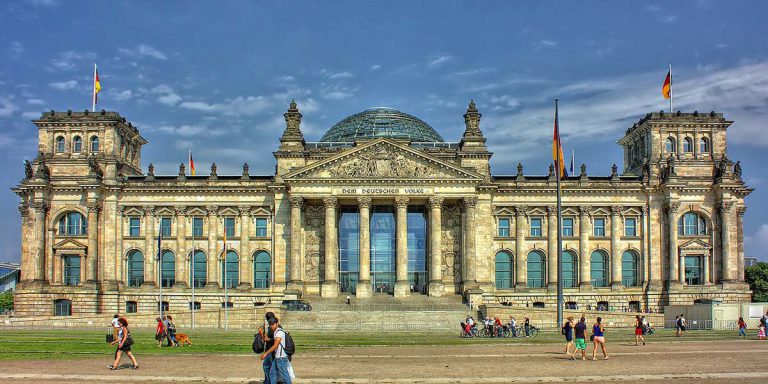 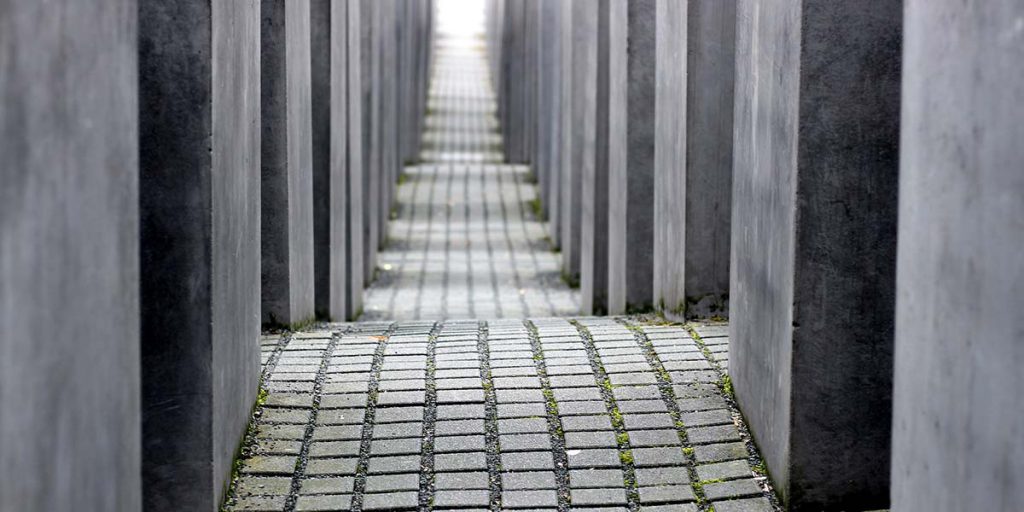 Memorial for the murdered Jews of Europe.

Labyrinthine holocaust memorial consisting of
2,711 columns and an underground documentary. 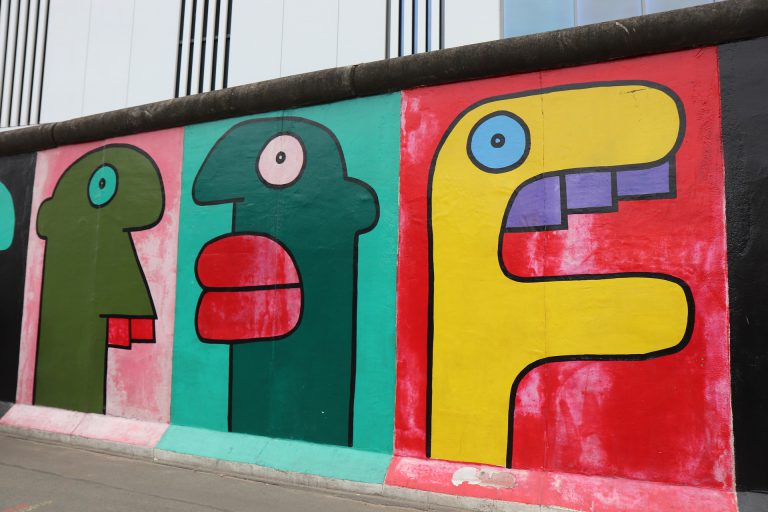 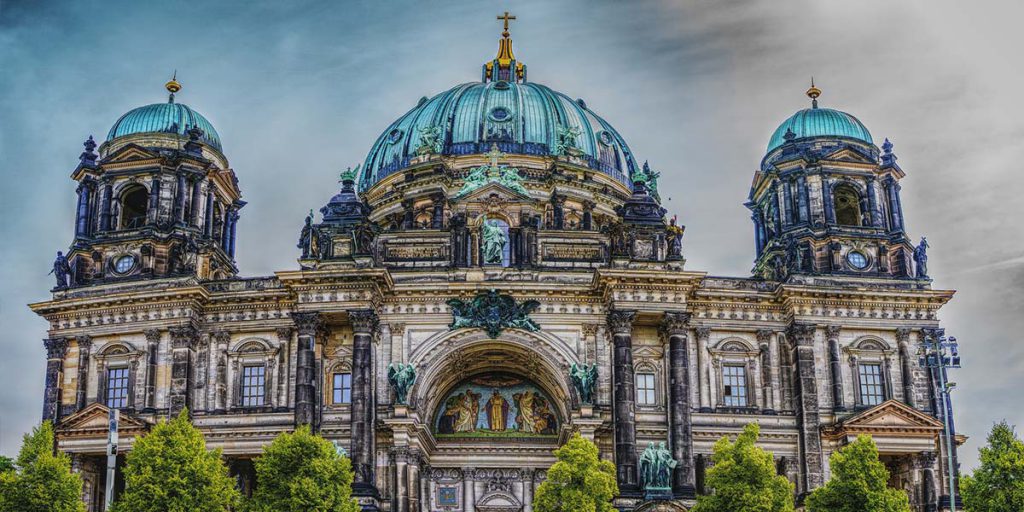 Border & landmark of the Cold War. Famous
former border crossing between East- and West-
Berlin with white checkpoint and borderline. 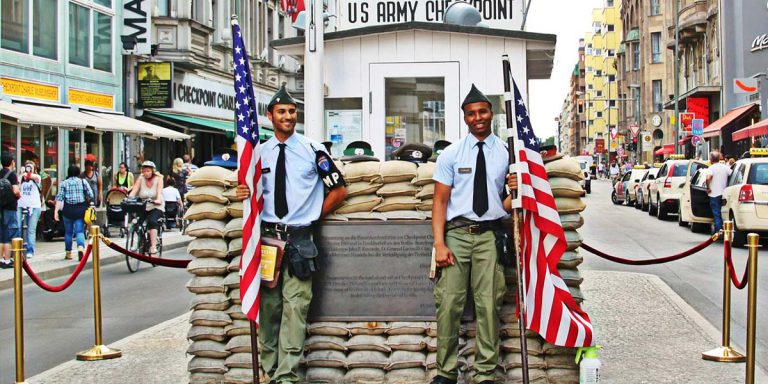 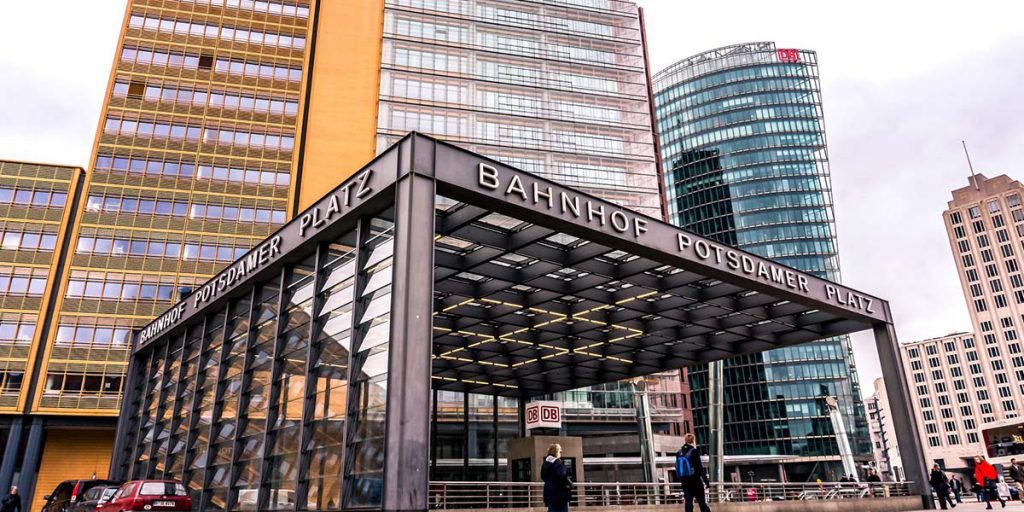 Historical place in the heart of Berlin.
Since the wall came down, a popular
entertainment center with restaurants and shops.

The Berlin landmark overlooking the city. 67-meter-
high gilded column with a viewing platform.
Reminiscent of the federation wars. 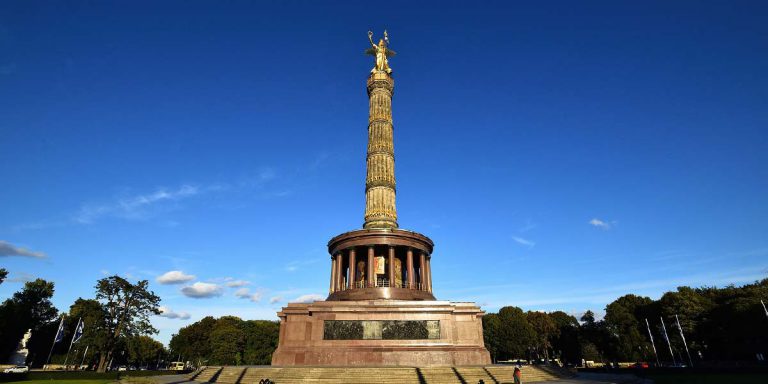 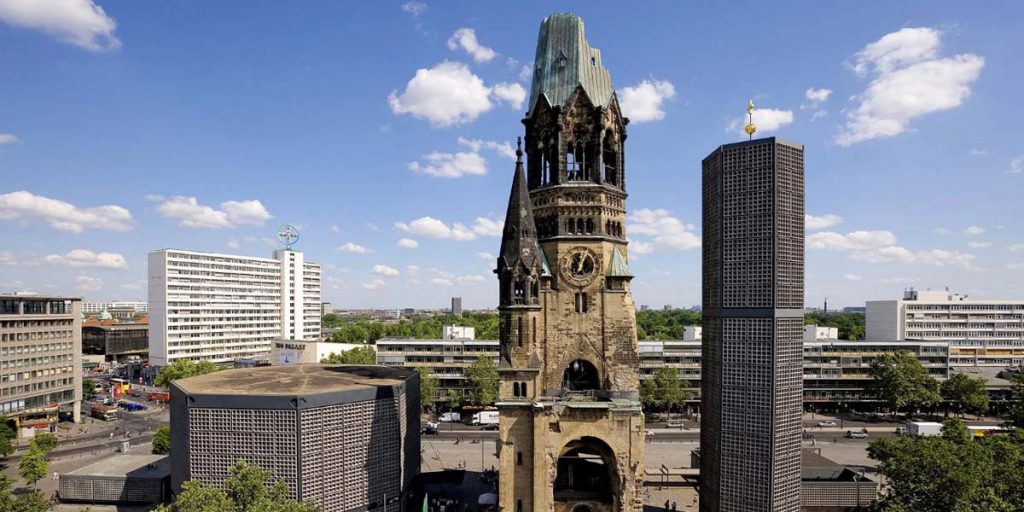 Ruins of a church from the 1890s,
which was during World War II heavily
damagedand is now a museum for peace. 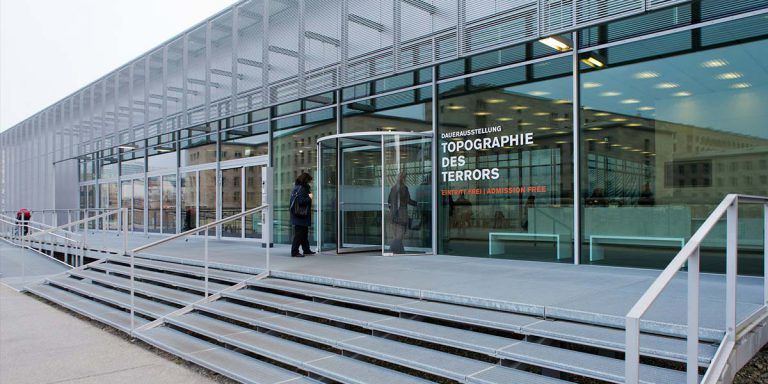 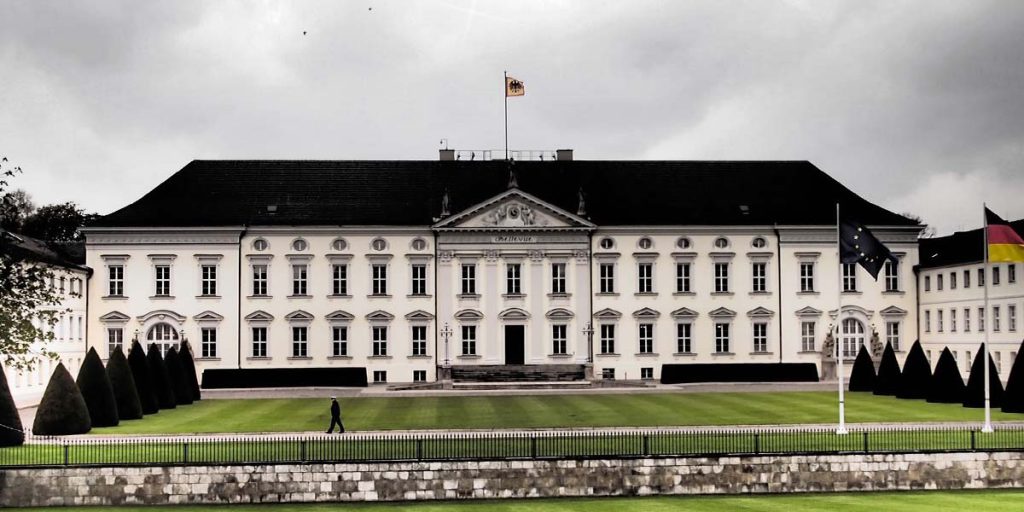 Classicist white castle with
3 wings from the year 1786. First
official residence of the President. 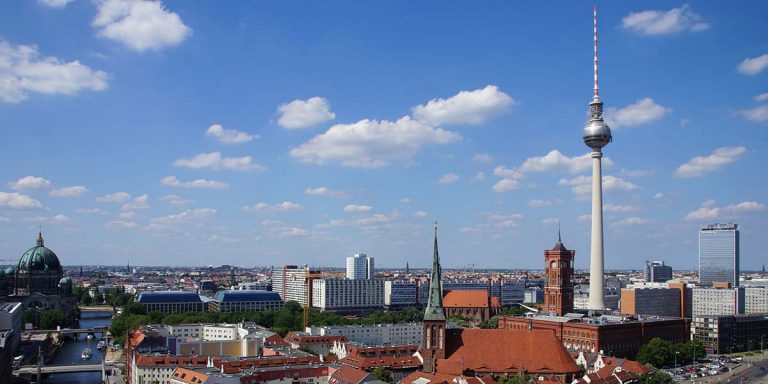 Of course there is much more to see ...

Have I aroused your interest?